“We shouldn’t underestimate the resilience of older people living alone”: How those most at risk of loneliness are taking lockdown in their stride

Loneliness is a major threat for older people living alone, particularly throughout a nationwide lockdown. However, some are showing great resilience – adopting positive mindsets and embracing technology – to fight the isolation.

There are 1.4 million chronically lonely older people in England, according to Age UK, a charity which supports older people.

While there are many potential reasons, one common cause is living alone – making a nationwide lockdown a concern.

The current Government social distancing measures instruct those over 70 to, “take particular care” in following guidelines – staying home whenever possible, and not meeting friends and family outside the household.

This could leave many older people completely isolated, and vulnerable to chronic loneliness throughout the Covid-19 pandemic.

In the first month of lockdown, Age UK Nottingham received more than 2,600 calls from older people seeking advice, as well as requesting help with shopping trips and collecting medication.

Maria Cooke, from Age UK Nottingham, explained the risks of lockdown: “What is possible is that the government-mandated isolation might mean that more people become socially isolated who otherwise were not.”

However, not all older people will be facing a lonely lockdown – some will take it in their stride, Maria explains: “Many people are navigating these unchartered waters very well.”

“We shouldn’t underestimate the resilience of older people living alone.”

Office for National Statistics figures reveal 8.2 million people live alone in the UK, and almost 50% of these are over 65.

Midlands Voice spoke to four of these older people, to see how they have been handling life in lockdown – and the results were surprising.

A struggle at times

Living alone in a lockdown will always pose challenges, as you might expect.

Deirdre Goodliffe, 81 and from Wollaton, Nottingham, has lived alone since her husband, John, died last year.

Since then, she had socialised at a local Ladies Club and a music appreciation group – which have both now stopped running.

“I’ve still been in touch with friends, but it’s the human contact we miss, even just a hug.”

“It’s also not knowing how long this will go on for which upsets me, like a lot of people,” she explained.

David Cherry, 81, has lived alone in his house in Keyworth, Nottingham, since his wife, Irene, died 25 years ago.

For him, the isolation offers a lot of time to worry about the dangers of the pandemic. “There is this awful thing hanging over us all the time – wondering if you’re going to get the virus,” he said.

Jacqueline Lee, aged 71, from Belper in Derbyshire, has lived alone for 17 years since her husband, Rodger, died.

For her, the weather can have a big impact on her mood. “When it’s raining and grey, I can have my down moments where I feel sorry for myself,” she explained.

We have seen a spike in the negativity of national news, as reports cover the damage inflicted by Covid-19. We questioned if this had impacted people’s behaviour and attitudes towards it.

“I watch as much of the news as I can,” John said. “You need to know what’s going on, rather than shutting yourself off from it.”

Deirdre agreed: “I don’t always like hearing it, but you have to keep up with what’s going on in the world.”

However, for Jacqueline, the often-negative tone is off-putting. “I used to watch the daily news, but it’s got so depressing and conflicting now.”

Having adopted a similar mindset, David added, “I would love to see a bit more optimism.”

The over-65 demographic has the lowest internet usage figures in the UK – but these might not be as low as people expect. According to OFCOM, two thirds of 65-74 year-olds use the internet, and more than half of over 75’s.

Deirdre said she’s been using her iPad to connect with friends, while Jacqueline has a weekly FaceTime with her son, daughter and their families.

“I’m not particularly technology-friendly, as lots of us older people aren’t,” Jacqueline said. “But lots of people my age are online now!”

Maria went on to say: “Many people are also finding they can enjoy hobbies by scheduling get-togethers through technology.”

David’s choir, Carlton Male Voice Choir, is an example – more than 40 members have been using Zoom twice a week to continue their regular rehearsals.

“We’ve also been joining a few minutes early so we can all have a chat with each other,” he said

“Using Zoom has been a really good way of staying connected.”

One of these is Quizoom, a daily quiz via Zoom, which was established by Jackie Handy, a Tamworth-born freelance business consultant.

She explained, “I began thinking about older people who are now completely alone – that’s what prompted me to take some action in my small way.”

Her aim was to create a welcoming environment where people can quiz casually, have fun, and stay socially connected.

“An older lady told me Quizoom has given her a real focus each day to keep her going,” she said. “Another man said it’s improved his mental health.”

With 10-20 people joining each day, she believes it’s been a success.

“Just because we’re social distancing physically, doesn’t mean we have to be socially distant.”

A sense of resilience

Despite the struggles they have faced, there was a clear sense of resilience amongst everyone spoken to – they refused to let lockdown bring them down.

Even when David’s annual trip to Northern Ireland to see his sister was cancelled, he remained positive: “It’s a shame, but people have lost their jobs because of the pandemic. So really, who am I to worry?” he said.

“I’ve learnt to be happy in my own company,” John added. “That’s a very fortunate position to be in at the moment.”

Jacqueline explained how she has been stern with herself to prevent the loneliness creeping in: “If I don’t make an effort, I can’t expect anyone else to.”

“It’s up to me to keep myself going!”

Maybe there’s something to learn from their positivity. It seems that Age UK’s Maria was right – to underestimate the resilience of older people living alone is to do them a great disservice.

View all posts by Amy Reast

Midlands Voice is a news platform dedicated to sharing a range of voices from individuals and groups around the Midlands who are often underrepresented or misrepresented by mainstream media outlets. The site is run as a solo project by Midlands journalist Amy Reast, who wanted to use journalism to make her small impact on the world.

“We shouldn’t underestimate the resilience of older people living alone”: How those most at risk of loneliness are taking lockdown in their stride 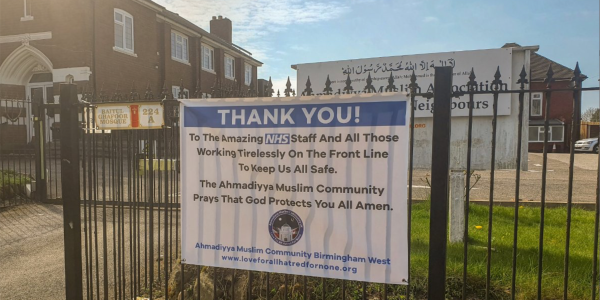